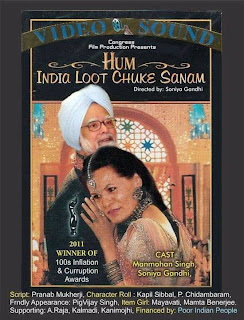 WHAT THE BRITISHERS DIDN’T SUCCEED IN DOING, WE ARE EXCELLING IN!!

"Power will go to the hands of rascals, rogues, freebooters; all Indian leaders will be of low caliber & men of straw. They will have sweet tongues & silly hearts. They will fight amongst themselves for power & India will be lost in political squabbles. A day would come when even air & water would be taxed in India ."

We are indeed an incredible NATION; we have worked very hard and we have indeed proved him right.....

Tickets printed by TELGI
No e tickets please Please Keep forwarding.... Till this reaches to all Indians and public will throw all these shameless people out..

DEAR FRIENDS IF YOU KNOW SOME POLITICAL PERSONS DO SEND HIM/HER THIS MAIL. THEY NEED TO BE CONGRATULATED FOR THE PAINS THEY HAVE TAKEN IN THESE 63 YEARS TO PROVE SIR WINSTON CHURCHILL CORRECT

Posted by SatiShankar at 8:08 AM