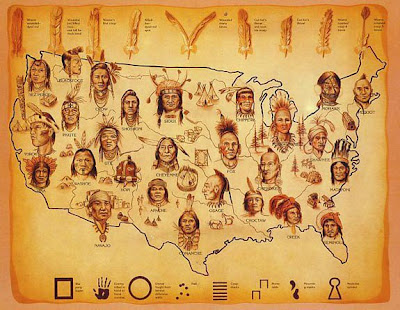 The LARGEST holocaust in Earth Human History was the slaughter of indigenous tribes worldwide. Within a few hundred years, 'The Church' slaughtered over half a BILLION people worldwide.. From Australia, to Asia, to Europe, to Africa, to North and South America, they massacred or enslaved every tribe they could get their hands on. They literally tried to wipe them out of existence. In some cases, t
hey succeeded..

Why? SUPPRESSION OF KNOWLEDGE! These tribes were NOT ignorant savages. If you have watched the Ancient Aliens series, you know that ETs have visited humanity MANY times throughout our history. Some of them gave the Shamans of these tribes highly advanced knowledge of our existence, our planet, our universe, language, mathematics, science, you name it. They taught them many, many things. The Ruling Elite have killed far more people than you will ever know, trying to keep the population ignorant, and their lies about Religion afloat.
— with Linda Godigkeit Czyzewski.